I was tempted by greed, and I succumbed.

I made the trade as a simple speculation.  I watch oil because the oil price is one of the key drivers of investor interest in alternative energy, although oil is only a true competitor for biofuel companies, not producers of wind turbines (at least until there are a significant number of plug-in electric vehicles.)

With crude trading below $40/barrel, oil producers are cutting back on new drilling.  This is compounded by the extremely difficult financing environment.  Even oil-rich Dubai wants to sell recently acquired luxury retailer Barney’s to raise cash.  Many OPEC nations cannot finance their budgets with crude at $60 a barrel, let alone below $40, so they will have to cut spending, even if they cheat on their quotas.  In Texas, the number of active oil rigs has declined 20% since August.

All of this is against a backdrop of relentless depletion and declining production from existing wells.  In 2007 and 2008, with oil prices at record levels, and drillers going all-out, total liquid fuels production increased only slightly, and all of that increase was attributable to OPEC and biofuels.  As noted above, most OPEC nations need $60 oil to fund their budgets, while many biofuels are not competitive below $50 a barrel, although plunging grain prices may help this… but only be reducing farmers’ incentives to plant.  I conclude that no significant new supply will come on until crude is again in the $50-$75 range.

I have little doubt that demand can continue to fall from current levels, but the longer the price stays below the $50 level, the faster declines at existing fields will cause overall production declines to accelerate.  Even if world oil demand falls in 2009, supply is likely to fall faster, eating into current record oil stocks.  With underlying decline rates from existing fields as high as 11% (Mexico), supply will fall faster than demand unless higher prices encourage new supplies.

My colleague Bill Paul calls me "Pure Green" because I normally will not touch fossil fuel investments.  I firmly believe that our investing should be guided by moral principles, even if it means making less money.  So why am I going against my belief that we must shift away from fossil fuels as quickly as possible by buying a proxy for that poster child of cheap, polluting energy, crude oil?

Do these excuses justify my speculation?  I believe they do, but if you are considering doing likewise, you may find a different balance.  I think it’s more important that we ask ourselves and those who manage our money about the moral aspects of our investments, not just about how much money we’re likely to make (or lose.)  Many former Madoff investors will now agree.  If I lose money on this speculation, I will not only feel the loss financially, I will also have lost the opportunity to make the world an ever-so-slightly better place.  That will hurt much more, on a dollar-for-dollar basis, than what I lost on VRB Power or Electro Energy last year.

A Note On Oil Speculation

I’ve joined the ranks of oil speculators, who were widely blamed for the run-up in oil prices last year (although, unsurprisingly, they received no credit for the decline.)  Some of these "speculators" were mere hedgers, such as United Airlines (UAL), who have recently lost a great deal of money in the decline.  The oil market does not ask if an investor is buying to hedge an underlying risk, or just to make money.  The size of the purchase moves the market, not the motivation for the purchase.

How can an airline be hurt by both rising and falling prices?  They weren’t: UAL was hurt by poor planning.  By not hedging when prices were low, and then hedging when they were high, they lost money in both directions.  Most speculators suffer the same fate: If more speculators are buying when prices are high (they must be, or they would not be "causing" the rise,) then more speculators will lose money, simply because they are buying high, and must inevitably sell low.  In other words, attempts to ban speculation are disguised attempts to ban foolishness.  Good luck on that.

I hope that my speculation is of the rarer, and volatility-decreasing "buy low, sell high" variety.  I’m quite confident that we’ll see $60 oil again, although I don’t know when.  But the sooner it happens, the better, because the longer it takes, the harder it will be to increase oil supplies in response, and the sharper the next price spike will be. 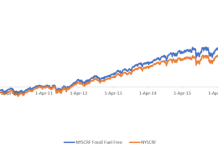 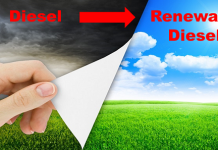 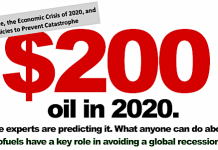