A comparison of the financial strength of transmission (or "Strong Grid") companies.

In Part I of this article I made the case that transmission stocks, or "Strong Grid" might be a clean energy sector that takes off in 2010, as Smart Grid stocks and Battery stocks did in 2009.  If the sector does take off, the rising tide will probably float all boats, but if it doesn’t, it will probably be better to be in the strongest such companies, because, as in 2009, the harsh financial climate will probably mean that the strongest companies do best.

For a first look at financial strength, I like to look at the following metrics as a first screen:

Most of these numbers can be calculated directly from the company’s "Key Statistics" page on Yahoo! Finance, although I had to calculate them myself using the most recent financial statements for the over the counter and foreign listed companies.  Most statistics are from Q3 2009 financial statements.

In general, the companies in this industry show a good deal of financial strength.  The only ones in my list that I would eliminate from consideration on these measures are:

The other financial strength measures are more important for negative earnings companies such as American Superconductor and Composite Technology.  Since AMSC appears strong, other valuation measures should be considered to determine if it’s overpriced before making a decision to purchase.

I won’t eliminate a stock from consideration because of a lack of dividend, but I think Valmont and Jinpan are worth another look because they do pay dividends, and their financial statements are both quite strong by my favorite measures.  General Cable, MasTec, and Wesco also look solid and seem reasonably priced.  These are the five I’d be buying currently, if I were not waiting for a general market decline before buying anything.

The P/E ratio is why MasTec was included in my Ten Clean Energy Stocks for 2010: I wanted a domestic electric transmission contractor, but did not like the price of most of the others. I included General Cable as an equipment supplier with an attractive valuation and rock- solid financials.  If I were to pick a new supplier today, it would probably be Valmont rather than General Cable, but that is only because Valmont has fallen 12% compared to a 2% fall for General Cable in the month since I created the list, making Valmont relatively more attractive.

DISCLAIMER: The information and trades provided here and in the comments are for informational purposes only and are not a solicitation to buy or sell any of these securities. Investing involves substantial risk and you should evaluate your own risk levels before you make any investment. Past results are not an indication of future performan
ce. Please take the time to read the full disclaimer here. 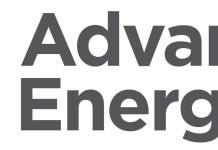