Shares of graphite producer Graftech International (GTI:  NYSE) took another long step downward in trading earlier this week, extending a lengthy slide since the beginning of the year.  The shares have attempted a comeback at least twice, but with no success.  GTI has sunk back near its three-year low.  For contrarian investors, this is a good time to take a new look at Graftech  –  a company that has become habitually profitable.

After successive losses in the difficult economic period that ensued just after the start of the new millennium, Graftech management regained their corporate mojo with cost cutting and right-sizing.  The result was continued profitability straight through the 2008-2009 recession. 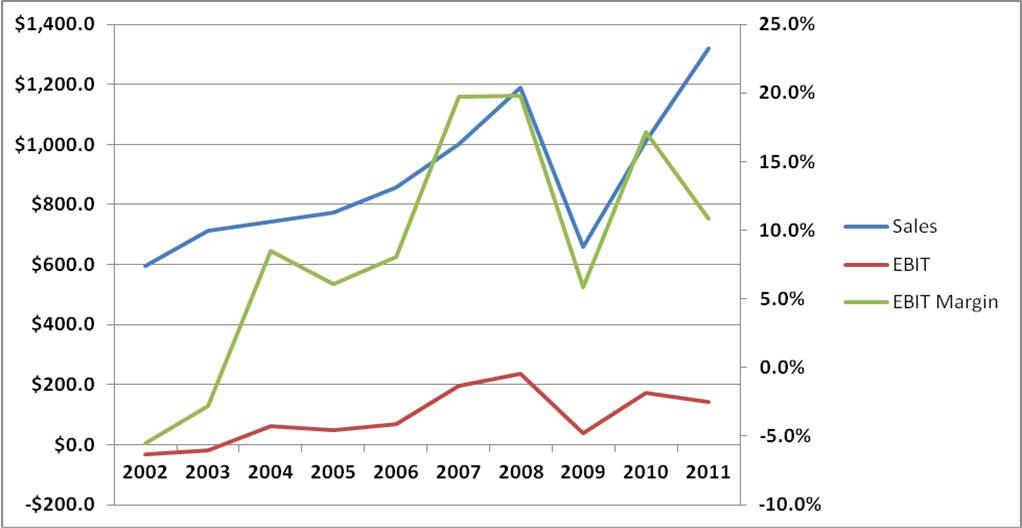 Graftech is in an old line business, producing graphite materials and products from natural and synthetic graphite.  Industrial Products such as electrodes used in manufacturing steel and refractory products used in blast furnaces represent more than 80% of total sales.  Despite a 14% decrease in sales year-over-year, the Industrial segment earned a profit margin of 14.5% in the first nine months of 2012, largely unchanged from the prior year.

The company’s growth is in its Engineered Solutions segment of advanced graphite materials for electronics, aerospace, solar and metallurgy, among other fast growing, high-tech applications.  The segment contributed 18% of total sales in the first nine months of 2012, after achieving 18.4% year-over-year growth.  Unfortunately, this rallying segment has yet to build profit margins.  Engineered Solutions earned just 6.2% in operating income in the first nine months of 2012.

Graftech has a strong balance sheet with ample cash and a nominal debt level.  In 2010, the company floated $200 million in new senior subordinated debt to finance the acquisitions of Seadrift Coke and C/G Electrodes.  At the end of September 2012, these notes were reflected as $161.4 million on Graftech’s balance sheet.  Additionally, the company owed $430.0 million from a revolving credit facility.  The revolving facility had an effective interest rate of 2.2% so far in 2012, while the senior subordinated notes had an implied interest rate of 7.0%.  In November 2012, Graftech sold $300 million in new senior notes which will pay interest at a rate of 6.375%.  Total debt will not increase as the company plans to use the proceeds to pay down balances on the revolving credit facility.  With all this, debt-to-equity is 0.45, just below the 0.55 average for Graftech’s industrial segment peers.

With the steel industry treading water, investors are rightly concerned about growth prospects for Graftech’s bread and butter electrode products.  Investors should not ignore Graftech’s nibbles around advanced graphite materials applications.  This is no high tech company, but Graftech has a credible market share in this promising segment.  Despite all the worry over growth, the gaggle of analysts following Graftech has pegged earnings expansion over the next five years at 10%.

If growth is the principal factor driving the stock price, investors are ignoring a list of positives.  In my view, Graftech management has not been given credit for bringing about a lean operating structure.  Granted cost controls do not drive earnings growth, but an efficient configuration helps ensure profits even in thin times.  Furthermore, Graftech is among the strongest companies in the industrial materials sector at least as far as its balance sheet is concerned.  I think this makes it possible for Graftech to dominate during the cycle trough when other operations are at risk of loss or default.  Even after the two deals in 2010, that secured raw materials (Seadrift Coke) and extended the electrode market footprint (C/G Electrodes).

Investors still adhering to the “buy low, sell high” strategy might find the current stock price presents a compelling point to grab a well run company that is positioned to dominate its sector when macroeconomic growth resumes.  I acknowledge that GTI is trading at 10.5 times the consensus estimate for 2013, just a smidge over the expected earnings growth rate.  So investors with abhorrence for PEG ratios (Price Earnings to Growth Rate) over 1.0, might need an even lower price point to get involved.  Did I mention the stock is trading near its three-year low? 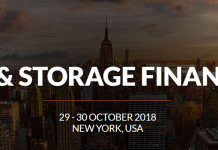 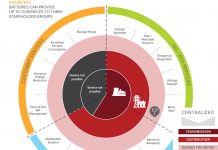