Since construction first started in 2004, Abengoa Solar has brought a series of solar thermal projects into operation.  The company has five solar thermal projects in Spain.  Abengoa partnered with Hassi-R’mel to build and operate an integrated solar combined-cycle plant in Algeria with a power output of 20 megawatts from a parabolic mirror and another 130 megawatts generated from fossil fuel.  Abengoa is in partnership Total, SA and Masdar in the operation of a 100 megawatt solar thermal power plant near Abu Dhabi.  In 2013, Abengoa went operational with a 280 megawatt installation near Gila Bend, Arizona in the U.S.  The Gila Bend plant relies on the largest parabolic trough in the world.

Abengoa shares trade on the Nasdaq Global Select Market, making it enticingly easy to access this excellent Spanish company.  The stock appears dear considering reported earnings.  Yet the company earns a 7.3% operating profit and converts 11.7% of sales to operating cash flow.  Brightsource’s partner in Ivanpah and another operating utility, NRG Energy, earns about the same operating profit but only turns 8.7% of sales to cash.

Brightsource Energy plugged its Ivanpah plant into the electrical grid with some trepidation as the public questioned the economic viability of the plant.  Abengoa appears more confident in its designs and processes.  The corporate tone provides a clue for investors. 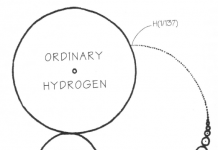