In California, Amyris (AMRS) reported a Q2 net loss of $13.8M on revenues of $9,6M, up from $7.8M in Q2 2015. Revenues rose 27% from the corresponding period in 2015 primarily driven by the shipment of a new novel fragrance product, as well as Neossance Squalane sales. At the same time, Amyris, which has recorded $18.4M in revenues for the first half, re-affirmed guidance for the year that it would reach $90M in annual sales and positive cash flow from operations in 2017.

With that, Amyris would have increased revenues by 400% in the second half, compared to the first half so, a breakout for the company which was ranked last year as the #1 Hottest Company in the sector by the Digets’s readers and international selectors.

Let’s look at the 7 factors that have the company poised for a revenue transformation in the second half.

1. Gingko. Entered into an Initial Strategic Partnership Agreement with Ginkgo Bioworks to accelerate commercialization of bio-based ingredients and establish clear leadership in industrial biotechnology with a combined offering that we consider unparalleled. In connection with the agreement, a license fee of $15 million was paid on July 25, 2016, to Amyris in exchange for use of certain Amyris technology and the parties agreed to pursue the negotiation and execution of a definitive partnership agreement that includes significant value sharing. The partnership is expected to deliver more new ingredients into the global market over the next three years than the entire industry has achieved in the last 10 years.

Melo pointed to the company’s DARPA collaboration which has identified 400 different molecules, “all of which we can commercialize at our discretion.” Also, 5th. Additional with Gingko, “we are already collaborating to align R&D and take 70 products to the world’s leading brands.”

Melo said that critical to Amyris growth will be “more capacity” and the Amyris potential to “accelerate products”. Meanwhile, “the Brotas plant is running flat-out with farnesene production”, the North Carolina facility too. The company has plans to double capacity at Brotas and is speaking with potential collaborators about potential expansions to increase capacity for 2017.

3. Fragrance & flavors. Began commercialization of novel fragrance product with Takasago International Corporation. The company said that it had greatly expanded in F&F inovel fragrance ingredients, partnered with 4 of the top 5 companies, and is “on track to become one of key suppliers.”

4. Jet fuel. Jointly announced with Cathay Pacific a two-year biojet agreement supporting continued strong farnesene demand and the future of sustainable air travel; initial flight on May 12, 2016 using the biojet blend was the longest flight using a renewable jet fuel to date. This fuel is supplied through the Amyris Total partnership that is dedicated to making BioJet an industrial reality.

6. Janssen. Entered into research agreement with commercial license option with Janssen Biotech, facilitated by Johnson & Johnson Innovation, to use Amyris’s µPharm platform for rapid integrated discovery and production of therapeutic compounds thereby opening a new area of compounds previously not accessible for new drug discovery. “We expect to sign one more collaboration by the end of the year, ending at the high-end of our range, to develop a library of natural and natural like of therapeutic compounds, which nature has the potential to provide and we have the ability to produce.”

7. Biogen. Amyris nnounced partnership with Biogen, Inc. to develop alternative cell lines supporting production of therapeutics, marking second major partnership in biopharma market, which is now positioned to become Amyris’s largest opportunity for collaborations. The Biogen partenrship is the most exciting of all,” CEO John Melo said,. With it, Amyris he said would make “ a transformative change to biopharma where partner would be able to employ [Amyris biotechnology] instead of using cells from mammals. Others have attempted and failed, but we are positioned to deliver life saving therapeutics and make them more widely available. This could be game changing for biopharmaceuticals, and Biogen will fully fund the development.”

Reaction from the Street

Amyris started out in so many ways as a biopharma technology with the potential to radically transform, through synthetic biology, the potential to produce at radically lowered cost, and much bigger volume, a range of life-saving molecules. First was artemisinin, that has now been manufactured at commercial volumes for a couple of years now (primarily by Sanofi to date) as a low-cost malarial treatment. It was this aspect of Amyris technology that originally attracted the Bill & Melinda Gates Foundation.

Now, Amyris is back to the future, as it were. After a long tour through the potential for its technology to produce industrials, which has had spotty success due to price point, and a nascent effort to expand into personal care, which is small but promising the company now sees 33% of its immediate growth coming from the health care sector.

Next in importance is personal care but we also are fascinated by the company potential in flavors & fragrances. In short, a diversified portfolio although the company is sharpening its portfolio and selling off “non-core assets”, it is truly delivering on its original vision to have a balanced and broad product portfolio. Just farther up on the cost curve generally excluding much of the expected fuels volume – for now. That may change as oil prices rebound.

The company says that with Gingko it will “take 70 products to the world’s leading brands” and the time is nigh for that to unfold. Indeed, then the New Colossus will lift its lamp beside the Golden Door.

Jim Lane is editor and publisher  of Biofuels Digest where  this article was originally published. Biofuels Digest is the most widely read  Biofuels daily read by 14,000+ organizations. Subscribe here. 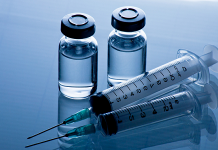 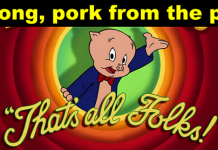 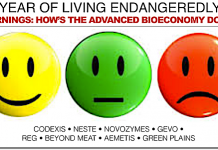 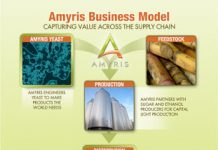