A lot has happened in the world of carbon finance and emissions trading since we last wrote about this topic, so I felt this might be good time to provide a quick update. (A) The World Bank Carbon Finance Unit recently released its State and Trends of the Carbon Market 2007 (PDF document), a periodic assessment of the scale and characteristics of the global market for carbon dioxide emissions. The Bank found a large increase in the volumes traded (131%) and dollar value (177%) of the global carbon market in 2006 over 2005. Unsurprisingly, the EU ETS continued to account for the bulk of the market’s value and volumes.

For a quick summary of the report, see this recent article by Environmental Finance. One of the brokers interviewed in the article argues that the Bank’s estimates have a downward bias of up to 25% because of the opacity surrounding certain trades. Needless to say, these are impressive numbers, especially given how low carbon prices have been in the EU ETS over the past year. I don’t want to get into a long discussion here, but suffices to say that those are encouraging numbers. Keep in mind, however, that the bulk (typically upwards of 70%) of volumes are traded in OTC markets rather than on exchanges. (B) On April 17, the magazine Carbon Finance reported that S&P was to begin rating carbon funds. As carbon emissions trading grows, you can expect such funds to grow in number and value, and this should be seen as a leading indicator of that future growth. (C) On April 23, UBS announced that it was launching the world’s first global warming index. The FT article to which I link above notes: “Retail and institutional investors will also be able to buy exposure to, or short sell, the index in much the same way they would with the FTSE or Dow Jones stock indices. If temperatures rise, so will the value of the index.” Our regular readers may also remember that we reported on UBS’ launch of a carbon emissions index a few months ago. (D) Finally, Climate Exchange plc, a company we’ve discussed on several occasions in the past, released its 2006 financial results on April 19 (thanks to Mike Temple for the heads up). Operating revenue growth was impressive, standing at GBP 4.1 million for the year, up from GBP 0.8 million in 2005. Nevertheless, the company is still not profitable and the share price (for the ADR) [OTC:CXCHF.PK] is up over 100% in just 3 months. There’s currently a lot of future growth (and speculation) priced into this stock and my sense is that it with the next market correction, it will pull back in a pretty significant way. While I am kicking myself for not snapping this one up at when it was trading at around $12 in early February, I am confident that it will eventually pull back enough to become attractive again. For the time being, however, I find it a tad pricey and I wouldn’t be surprised if when this stock breaks the holding pattern its been in for a few weeks it is with a break to the downside. 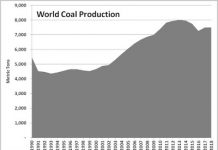 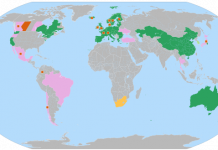