Saj Karsan
EnviroStar (EVI) is a distributor of laundry equipment that has developed a proprietary dry-wet-cleaning machine that avoids the use of perchloroethylene (Perc), a harmful chemical that the International Agency for Research on Cancer has deemed a carcinogen. Perc is also classified as a hazardous air contaminant by the US Environment Protection Agency, and its use will become illegal in the state of California in the year 2023. EnviroStar’s patented Green-Jet process uses an environmentally-friendly, water-based solution that is both non-toxic and requires less energy consumption than traditional dry-cleaning methods. This is currently a tiny company, with a market cap of just $7 million. But for value investors who simply focus on buying businesses that trade at discounts to their intrinsic values (instead of trying to apply small-cap or illiquidity discounts), some of this company’s numbers are appealing. The company’s market cap is not much higher than its net cash position of $6 million. Often, a stock with a high cash to market cap ratio is one that is a perennial money-loser. But not in this case. Operating income over the last 7 years stands above the company’s current market cap! Demand for heavy-duty equipment has, of course, waned through this recession, but there are two important attributes of this company that reduce its risk: its customers and its suppliers. The company is not reliant on any one customer, as it distributes its products to over 1700 customers in various industries (hotel/motel, dry cleaners, hospitals etc). A diversified customer base reduces a company’s risk, as its revenues/earnings are not reliant on a potential single point of failure. Furthermore, the company is not burdened with the fixed costs associated with manufacturing this equipment. Instead, the company outsources the manufacturing to various suppliers. By acting solely as a distributor, the company has a more flexible cost structure, allowing it to react quickly to a lower demand environment. As a result, the company should be able to restore margins to previous levels with ease, relative to fixed-cost manufacturers. The biggest risk to this company may be the way its controlling (and managing) shareholders appear to view public stockholders: as opponents rather than partners. Last December, the controlling shareholders tried to take advantage of a misbehaving market by making a bid for the remainder of the company. The bid, which valued the entire company at $6 million, likely so undervalued the company’s assets that it was withdrawn just six days later. Consummation of the deal required a fairness opinion that the price offered was fair for the public stockholders, an opinion no financial advisor could likely offer with a straight face. Despite this issue, the managing shareholders have done a great job with the company itself. Returns on equity have been commendable over the last few years, despite the fact that the company keeps a fairly sizable cash buffer around. As a result, Mr. Market appears to offer an excellent entry point at these price levels. Saj Karsan is a guest contributor on AltEnergyStocks.com. Saj manages Karsan Value Funds, and regularly writes for Barel Karsan. DISCLOSURE: Author has a long position in shares of EVI 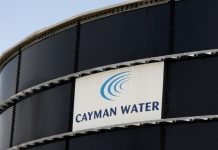 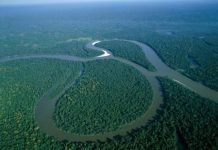