The last post, Grid Connected Ocean Power, highlighted the claim by the U.S. Navy of the first grid connected ocean power generator in the country.  Two wave power systems have been connected to the electrical system at the U.S. Marine Base in Kanehoe Bay, Hawaii.  The Navy is gathering performance data as part of its on-going program to support renewable energy to perfect system designs, installation strategies on-going maintenance.  That is apparently not enough for the nation’s sailors.  Last week the Navy announced an award of $250,000 to Ocean Power Technologies (OPTT:  Nasdaq) to support the design of a ocean power buoy especially suited for military needs.

Ocean Power Technologies (OPT) already has its PB3 system intended as a continuous power supply to ocean installations such as equipment anchored to the sea-bed or deployed from an ocean vessel’s deck.  Called the PB3, it is deployed near a point-of-use in depths up to one kilometer.  The wave energy is converted to electricity through a direct drive generator that charges an on-board battery pack.   The Navy has already had experience with the PB3.  It was in use off the New Jersey shore during Hurricane Irene in 2011 as part of a demonstration project run by the Navy.  Its power capacity is near 8,400 watt hours per day.

The Navy design contract will take OPT in a new direction.  The new design is to be self-contained and will have no external moving components.  The Navy is looking for a highly reliable renewable power source for mission critical sensors.  The first phase of the contract involves design and testing.  If this phase is completed successfully, the Navy has pledged an additional $500,000 for additional design and testing of the entire power conversion system.

In July 2016, OPT announced its first installation of a commercial version of the PB3 also off the New Jersey coast.  A month earlier the company had signed a lease agreement valued at $975,000 with Mitsui Engineering and Shipbuilding for deployment of a PB3 off Kozu Island in Japan.  Together the two developments bring OPT significantly closer to commercial stage with its ocean power technologies.

OPT is also known for its PowerBuoy system, which can produce output in a range of 350 watts to 15 kilowatts depending upon the installation characteristics.  The PowerBuoy floats on the ocean surface above a seabed anchor.  A float moves up and down with the waves along a central spar, driving a mechanical system that converts the up and down motion to a rotary motion in an electrical generator.  The company had earlier partnered with Mitsui in anticipation of deploying the PowerBuoy at Mitui’s Kozu Island project.  The two companies have been working on an advanced algorithm for assessing ocean wave capture.

The design contract with the Navy is most welcomed by a company that has yet to record product sales let alone profits.  OPT is financed by equity and recently raised $5.3 million in net proceeds from the sale of common stock at $6.75 per share.  At the end of July 2016, directly following the stock offering, the company had $9.1 million in cash in the kitty.  OPT has been using about $3.0 million per quarter to support operations, suggesting there is about nine months breathing room for management.

OPTT shares are among few pure plays on ocean power technology.  With advances in new product development and interest from high-profile prospects, the company might seem promising.  Still investors might be concerned about a $2.5 million contingent liability on OPT’s balance sheet related to settlement of a class action lawsuit.  Although the company expects liability insurance to cover as much as $2.5 million of the original $3.0 million settlement, the liability still casts a shadow across OPT’s balance sheet. 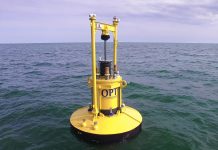 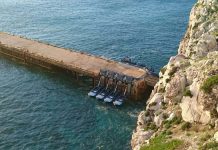