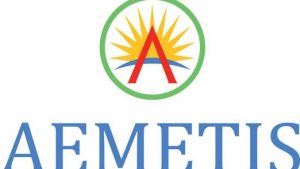 The Big Highlights. The Riverbank cellulosic ethanol project achieved significant progress during Q2 2018, including engineering, environmental permitting and EPC project milestones. The value of California Low Carbon Fuel Standard credits rose steadily from $110 in late February to $184 per credit on June 30, 2018, significantly increasing the value of the low carbon advanced ethanol that is planned to be produced by the Riverbank plant from orchard and other agricultural waste. And, record gasoline demand in the second quarter helped drive expanded demand and increased pricing for ethanol,. Plus, the price of wet distillers grains increased by 34% and the price of glycerin increased by 28% compared to Q2 2017.

Aemetis also achieved major milestones in the construction and operation of a pretreatment unit at its India plant to produce high value distilled biodiesel from lower cost feedstock.