The last post Vanadium Flow Battery Companies, featured several companies bringing vanadium redox flow batteries to the market for large-scale energy storage projects.  These highly efficient and long-lived batteries take advantage of the unique properties of vanadium.  There are other interesting chemical mixes on the battery market that could yield returns for investors.

There are at least eight different installations of sodium-sulfur or NaS batteries around the world.  One of the largest is the Yerba Buena Energy Storage System owned by Pacific Gas & Electric Company (PCG:  NYSE) in California.  Rated at 4 megawatts or 24 megawatt hours, the system can provide backup electricity either 1 megawatt for a day or four megawatts for six hours as the situation requires.

The NaS battery at Yerba Buena is expected to last at least 15 years.  Besides long-life expectancy the NaS battery also offers long cycle life.  These batteries have high energy density and give prompt response to system changes.   NaS batteries operate on the principle of a reversible reduction-oxidation or redox reaction between sodium and sulfur.  The sodium and sulfur electrodes are molten during operation.  The electrolyte is a solid beta-alumina of sodium-ion conductive ceramic.

The Yerba Buena NaS battery is located at a property controlled by HGST (formerly Hitachi Global Storage Technologies) and was originally intended to serve as a pilot system to prove NaS technology.  The system was also used to demonstrate the coordination of third-party distributed energy from residential or commercial sources.  Subsequently, PG&E integrated Yerba Buena project into the California Independent System Operator that oversees the operation of California’s bulk electric power system.

NGK Insulators Ltd. (NGKIF, 5333.T) provided the batteries for the Yerba Buena system. The company is one of the original developers of NaS technology along with Tokyo Electric Power Company.  Besides sodium-sulfur batteries, the privately-held company supplies ceramics, copper and electronic components to industry.  In the most recently reported fiscal year ending March 2019, NGK reported Yen463,504 million (US$4,284 million) in total sales, providing Yen35,506 million (US$328 million) in profits.  Earnings were down 22.5% year-over-year in part due to weak sales to the U.S. and Europe, particularly in the company’s power segment.

U.S. investors might not be familiar with NGK, but Japan investors know to find the shares on the Tokyo or Nagoya exchanges under the symbol 5333.  The stock is currently trading at 10.7 times trailing earnings.

Count on California to be first in just about everything related to energy.  The Modesto Irrigation District is the home of a storage project using zinc chlorine redox flow batteries.  Called the 25 megawatt Wind Firming Energy Farm project can supply up to 75 megawatt hours of energy from an array of 250-kilowatt energy pods housed in shipping containers.  The project is helping the Modesto Irrigation District meet California’s Renewable Portfolio Standard that calls for sourcing at least one-third of power from renewable energy sources.  At the end of 2018, Modesto’s renewable portfolio was 20%, putting it on track to reach the state standard.

However, zinc-chlorine systems are a hybrid redox flow battery.  Only one of the chemicals is plated as a solid in the electrochemical cell during charge. Some energy is stored in the plated metal.  As a consequence complete separation of power and energy is not achieved.  This means to get larger energy storage capacity a larger stack is needed.  This tends to work against the advantage of redox flow batteries over integrated cell types such as the lithium-ion battery.  While that might cause some investors to worry about the long-term potential for zinc-chlorine batteries, these particular redox flow batteries still have the advantage of low cost and high reliability for grid scale energy storage.

Most people are familiar with the lead acid batteries resident under the hood of the family car.  Lead acid batteries are relatively low cost and have proven highly reliable even under harsh conditions.  They are highly scalable and capacities can be tailored to a particular project.  Unfortunately, lead acid batteries are heavy and bulky.  They can overheat during charging and cannot be relied upon in situations that require fast charging.

The Advanced Lead Acid Battery Consortium has orchestrated an effort to improve on convention by combining ultracapacitor technology to the conventional lead acid design.  The result is a single battery cell with a common electrolyte.

Several advanced lead acid battery systems were installed by Xtreme Power and others.  The Notrees Wind Energy Storage Project in western Texas next to Duke Energy’s (DUK:  NYSE) 153 megawatt wind farm had 24 megawatts of energy storage capacity with peak instantaneous power output of 36 megawatts hours. Duke Energy had matched a $22 million grant from the U.S. Department of Energy to build the storage project.  However, in 2017 Younicos AG replaced the system with Samsung SDI lithium-ion batteries.  Younicos acquired the assets of Xtreme Power following a bankruptcy action in 2014 and has since replaced most of the Xtreme PowerCell lead-acid installations with lithium-ion technology. Xtreme’s downfall may have been triggered by a fire in 2012 at one of its advanced lead acid battery storage projects in Hawaii.

While the idea of upgrading a workhorse like the lead acid battery has a certain appeal, it does not appear that there are any successful companies working on it today. The lead acid saga does provide investors with a potentially valuable cue to avoid the technology play and invest instead in a technology-agnostic operator. Consider for example, the successor to Xtreme Power and Younicos.

Aggreko is an equipment leasing operator, specializing in mobile power, heating and cooling systems.  Its corporate literature boasts of the ability of its engineers to understand the unique requirements of its clients and design an appropriate solution.  The company reported GBP1.76 billion (US$2.2 billion) in the most recently reported twelve months, providing GBP125 million (US$159.3 million) in net income or GBP49.10 per share (US$62.55).

The stock is currently priced at 16 times those trailing earnings. What is more the stock offers a 3.5% forward dividend yield.  Thus a stake in Aggreko could provide an investor a chance to grab some of the growth opportunity afforded by the migration to renewable energy sources through a reliable operator with a seasoned stock that offers value and yield.

This article was first published on the Small Cap Strategist weblog on 6/11/19 as “Battery Chemistry”. 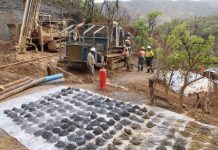