Most investors probably pass over specialty chemical producer OM Group, Inc. (OMG:  NYSE).  It has a recent history of losses and by the usual multiples of sales and earnings its stock appears pricey.  I have taken a second look.  The modernization of the chemicals industry is a key step in attaining a sustainable and environmentally benign economy. 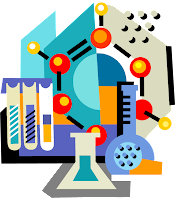 OM Group has undertaken an ambitious reorganization.  Besides specialty chemicals, the company produces advanced materials and technologies for a variety of industries.  OM Group has held leading positions in cobalt-based and nickel-based chemicals.  Its advanced materials product list looks like the table of periodic elements:  iron, manganese, zinc, copper, barium, all the rare earth elements and more.

It’s products end up in everything from batteries to pharmaceuticals to semiconductors.  The renewable energy, waste clean-up and water filtration industries are particularly dependent upon high quality chemicals and materials and are thus becoming increasingly important markets.  The company claims over 4,000 customers in 50 countries.

OM Group had been ‘greening’ itself up with new recycling efforts for hard metals and battery scraps.  Indeed, residues and by-products had been important sources for cobalt supplies such that over half of OM Group’s cobalt material is now sourced from recycled material.  The thing is OM Group has sold off its Advanced Materials division including the cobalt business in March 2013 as part of an effort to get out of commodity markets.  Proceeds from the sale are being used to reduce debt.

One of the most interesting developments at OM Group in recent years is its participation in REACH, the European Community regulation on chemicals.  The idea is to protect health and environment through safer use of chemicals.  Use of dangerous chemicals is to be phased out.  This year the program is entering into the second phase of called registration.

As environmentally friendly OM Group is trying to be, it is probably not a justification for paying a premium price for the stock.  OM Group reported $1.6 billion in total sales in the last fiscal year ending December 2012, but registered a net loss of $38.6 million.  After two years of plump profit margins near 24%, in 2012 OM Group’s profitability slipped back to 2008-2009 recession levels near 19%.  The company also recorded $56 million in charges related to a mix of write-off, write-ups and assessments:  a step up in VAC inventory purchase accounting, pre-tax pension settlement expense of $2.5 million, $2.9 million pre-tax gain recognized on the sale of property in China, $6.5 million acceleration of deferred financing fees and an per-tax EPT escrow settlement of $6.0 million.  Whew!  Without laundry list of charges I estimate OM Group would have reported a small profit in the year 2012.

There is a handful of analysts following OM Group who seem to think profitability is in OM Group’s future.  The consensus estimate is $0.99 in earnings per share on $1.3 billion in total sales for the year 2013.  The consensus is composed of a small group of four analysts, so it is a limited read on investors’ collective thinking.  Still growth and profitability seem to be the common views.  That means OMG is priced at 22.5 times the 2013 consensus estimate.

Perhaps more important to the investor decision is OM Group cash flow.  In 2012, the company converted 12.7% of its revenue to cash.  Even with the significant change in business lines brought about by the sale of the advanced materials operations, OM Group is likely to remain a strong generator of operating cash flow.  Thus while the stock seems overbought on the basis of projected earnings, in terms of cash flow it is trading right in line with its specialty chemical peer group.